Showing posts from 2017
Show all

Stone color search While I was doing my own personal search for stone. I found it hard to visualize a stone based on certain applications. Based on this experience I produced an application designed to help the consumer with the colors selection process. Search - This application works form all the defined colors that you provided with the original setup. This helps to move people into he specific colors you want to sell. Image Display - The images displayed are images swatches large and small kitchen bathroom other slabs and large swatch views. This is where this application picks up where all others leave off. Seeing the stone in various applications and sizes will help visitors narrow down color options and shorten times to receive deposits. Favorites - Visitors to the app can build a collection of favorite colors by hitting the big green + icon on the colors they like Save & Share - Visitors to the application can share and save colors by using the vario
Location: North America
Read more 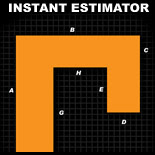 Rolling our a new version of the instant Estimator is rolling out. Same High customization with a much easier user interface for the customer. In a matter of a couple seconds the customer can create the countertop layout and submit accurate details for measurement. Click on image for demo Advancements: drag n drop resize of tops automatic recalculation double click to add a new top define the relationship between top pieces and location You will receive the estimate details in the email notifications. When you review the estimate in spark you will see the exact layout the customer submitted. the estimate review screen is printable Click below to demo the new estimator. Click on image for demo FireUps® is the granite and natural stone installers source for instant exposure to local and national markets with strategically Targeted Online Marketing Campaigns and proven Web exposure. FireUps provides local online marketing services for the s
Read more

Rep Users and Lead assignment- Assign leads to reps on your team.

January 16, 2017
The Spark lead management has just rolled out a feature where you can have different levels of users. Spark Users and Rep Users. A spark user has full access to the spark system. A rep user has full access to the leads they are assigned in the system. Contact me if you would like this feature setup on your instant of spark. We have also added a new User guide link at the top of the interface where you can learn more about the specifics of how this feature and more works. FireUps® is the granite and natural stone installers source for instant exposure to local and national markets with strategically Targeted Online Marketing Campaigns and proven Web exposure. FireUps provides local online marketing services for the small to medium sized granite surface installers with a focus on the proven results that will increase your bottom line. Our teams expertise in direct to consumer marketing is second to none, and we want to share how we can help ensure your business is found by
Read more 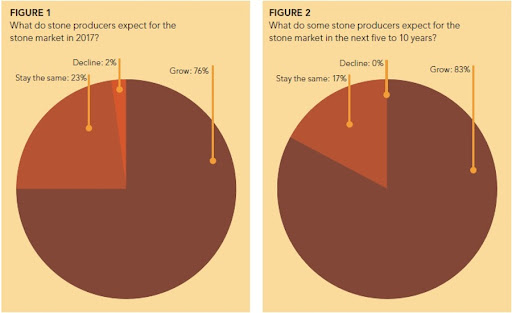 2017 Fabricator Market Forcast 2017 shows promising signs While fabricators overall have a positive perspective for the upcoming year, it appears they are a little more cautious than their predictions for 2016, according to   Stone World’s   annual purchasing plan survey conducted by the Market Research Department at BNP Media (Stone World’s parent company). The survey polled fabricators from small-, medium- and large-sized shops located across the U.S., and three-quarters of the respondents have high hopes for 2017 — with sales revenues expected to grow next year by an average of 17%. While this is a 10% drop from the 86% who believed last year would show growth, it is still a hopeful sign that 2017 will be a good year for many. The recent survey showed a total of 76% expect sales revenue to increase in 2017. Another 23% said it would remain the same (up 9% from 2016’s predictions), and 2% believe that there would be a decrease in sales revenue. The mean average of 17% growth
Read more

January 07, 2017
Update: I am stopping 99% of this from spam getting to partners accounts. Next step will be adding catcha (human validation) to all forms on the websites. Because we have over 300 website in market this will take a little time. With the few left that are getting through.. the plan is to start rolling out the new human validators on all websites.. the first being the customers that are receiving this spam which I believe to only be a couple at this point. *** Some of you are receiving notifications of new opportunities that contain content of little value. These messages typically contain a links back to another website. Similar to junk mail in your email these people are looking for links back their website through webforms. The content is not harmful but do not click on links or copy links from these and open them. We block over 10,000 form spammers a day trying to stuff content and links into website and people email boxes. A recent form spammer is posting content that i
Read more
More posts